Running the London Marathon... One Day?

Another bit of that diary was about when I had my 24hr EEG and an MRI at The National Epilepsy Society.  Talking to the guy who set up my EEG he had so much faith it could all be controlled.  We spoke about my running.  I don't know if I have ever said about my running, before my Epilepsy I used to run a lot, I wasn't a national runner or anything by I ran 10k in under an hour which I think is ok!  I always planned to run the Marathon, but when I started having my seizures during running I pretty much stopped all together.

The guy putting on my EEG said one day I will run the marathon and when I do to contact him and he'd put it in their newsletter!  Well now I am not so reliant on being seizure free to do my job, maybe that is something I will consider... if I have a seizure running it would suck but it wouldn't be the end of the world anymore... it would be quite a challenge to face but if I did manage to get to the London Marathon I would be so proud of myself.

Would be running it for Epilepsy Action, to help with the pregnancy and becoming a mum campaign... it's something I am so passionate about.  Being a Mum is amazing and epilepsy shouldn't stop anyone. 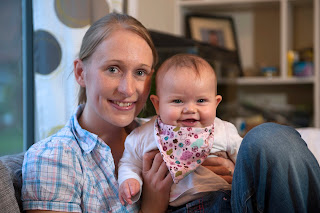 Posted by Clarabella Simpkins! at 11:12

Email ThisBlogThis!Share to TwitterShare to FacebookShare to Pinterest
Labels: Challenges, Epilepsy, Our Life