Our first few weeks ~ settling in

Sorry I haven't posted for a while, it's been a crazy few weeks of adjustment to having two little people to care for. Can't believe he's 6 weeks old tomorrow! Here's a little bit about our first few weeks as a family of four.

So last time I really struggled with low mood and looking back it was probably either post natal depression or post traumatic stress.

We had an excellent midwife visit the first day, she seemed to know more about epilepsy than anyone else I had spoken to at Epsom. She asked about my keppra dose and whether it had dropped and said it could rise a little now and because keppra could effect mood it could make the baby blues worse. It was something I hadn't even considered but just acknowledging it made me feel less worried.

I've had some teary moments and some down times especially when I am tired and feeding hurts. It's not easy bringing up two kids. I feel like caring for a baby this time round is easier but added to the mix is making sure Riley still gets the time and attention she deserves.

I will write a separate post about this soon as it's something I feel needs to be spoken more about.

So this time round feeding has been a real challenge. Luckily we have some great breastfeeding clinics near us who have helped. Initially he just wouldn't latch on at all and I was so worried I had no way to feed him. But the midwife showed me how to hand express and feed him out of a little cup - he was able to lap it up like a cat.

The first couple of weeks he slept so much, completely different to Riley! I was so worried it was the keppra. I emailed the epilepsy midwife she suggested taking my meds just after feeding him so that hopefully when the levels peak (an hour or so after) he won't need a feed. This seemed to help. She also said they could take levels in my breastmilk but as by 3 weeks he seemed a bit more awake, was waking for feeds and was finally back to his birth weight (having lost nearly 11%) I decided we probably didn't need to.

Now I am struggling with sore chapped nipples. It hurts so much it makes me cry sometimes. The breastfeeding councilor helped adjust how I put him on so I am hoping that will help with the soreness. She also said breastmilk is the best thing to help them heel. So we will see if it improves.

All I can say is it is hard and every baby is different, just because you breastfed last time doesn't mean it'll be easier second time! But I hope the benefits make it all worth while.

Well don't want to say too much as don't want to jinx it but he's a pretty good sleeper. He usually goes between 2-3 hours between feeds and sleeps in his moses basket. So I'm getting 5-6 hours a night which isn't bad. I'm still tired as it's broken and let's face it I could do with more especially as my meds make me tired but it will come and I can't complain as could be a lot worse.

Incredibly I still haven't had a seizure, not a focal or a tonic clonic, so that makes it 1 year pretty much. It's the longest I have ever been without a seizure and can't quite believe it. I'm not about to go out and get my driving license as I need more time to feel confident. It's a strange thing being seizure free after living with something for 10 year, a third of my life. It's hard to explain, part of me is over the moon and the other part is scared to accept it in case it gets taken away like it has so many times before.

And so it started happening at about 3 weeks - proper big cheesy grins. Now he'll smile right at you and it just makes it all worth if. All the tough bits are made up for by that one cheesy grin!

I'll leave you with some pictures of our first few weeks (including some cheesy grins!). 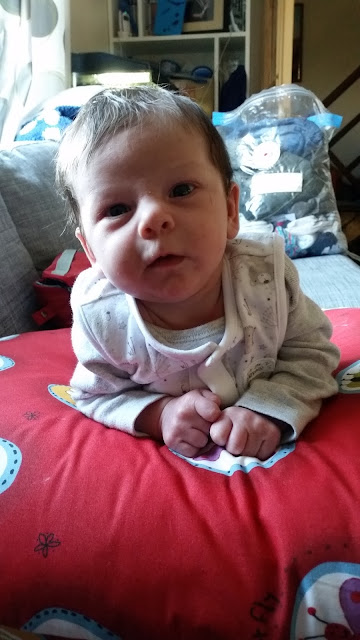 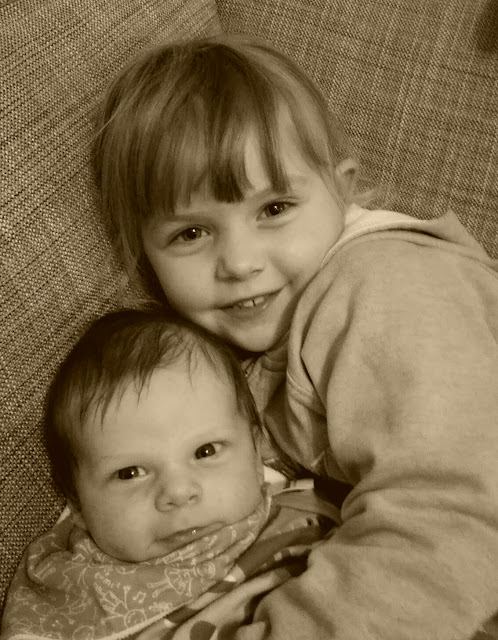 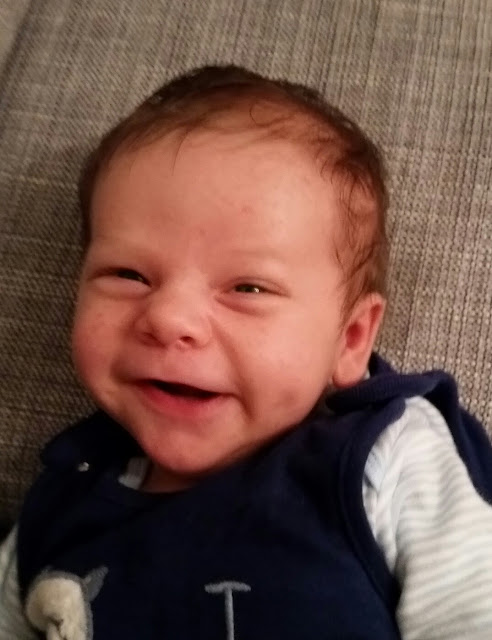 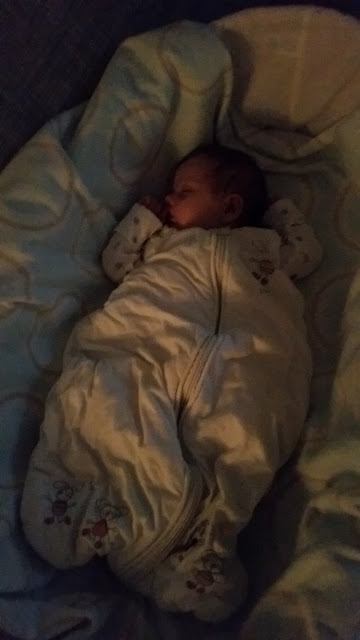 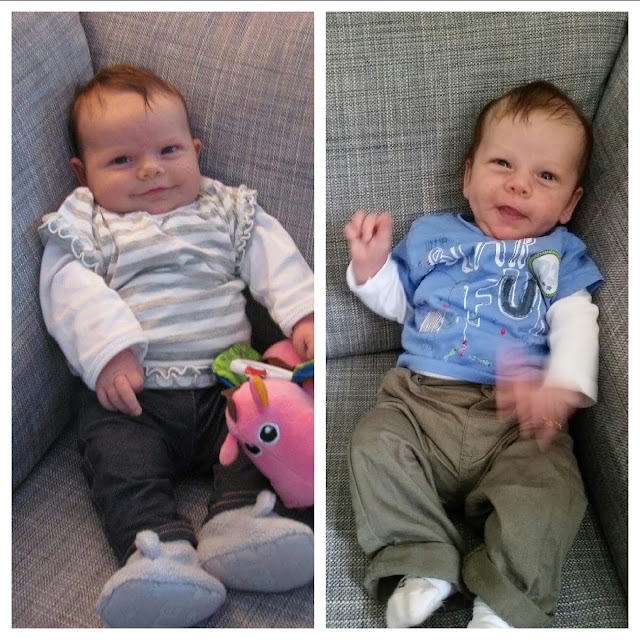 Posted by Clarabella Simpkins! at 02:29

Email ThisBlogThis!Share to TwitterShare to FacebookShare to Pinterest
Labels: Epilepsy, Our Life