Epilepsy shone at the RCM awards this week

As the previous blog explained we nominated Kim Morley the epilepsy midwife who helped to give us such a positive birth experience with Benji for Emma's Diary Mum's Midwife of the Year. 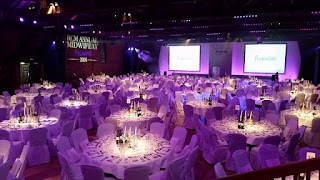 Well Tuesday was the big day and we went up to London to find out who would win overall.  It was such a lovely day and so great to catch up with Kim again and for her to finally meet Benji. 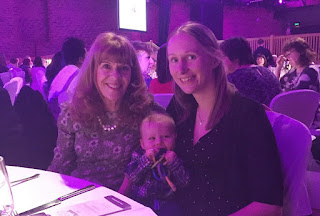 Epilepsy Action's HealthE Mums-to-be campaign was nominated for the Charity Initiative award and I am so happy to say they won.  Two of the lovely people from Epilepsy Action went up to receive the award and Kim and myself joined them as we both worked on the project.  They also won £2000 to put towards future campaigns which I am sure they will put to great use, I would really love to see a campaign around parenting with epilepsy as it holds a lot of challenges but we will see. 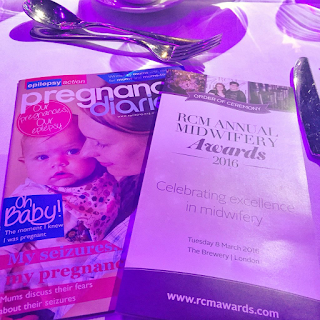 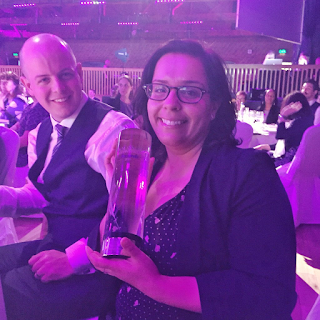 Then  all the regional Mum's midwife of the year winners went up on stage, it was pretty nerve wracking but Benji was a star and it was so lovely to see Kim receive her award and our way of saying thank you to her.  Then came the moment they announced the overall winner and it was Kim, it was an amazing feeling to see Kim get the recognition she so deserves but also to highlight the need for better care for women with epilepsy. 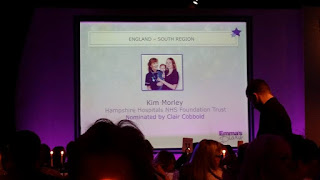 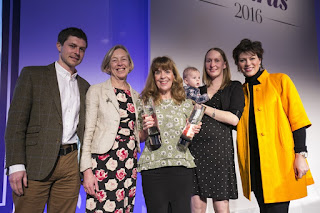 We then had to be interviewed which was again quite nerve wracking although I'm sure far more so for Kim. 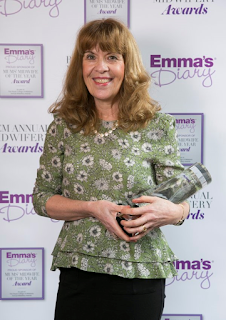 We then also found out that Kim was going to talk on Radio 4s Women's Hour the next day which was a fantastic opportunity.  I think she did an amazing job to fit such a huge topic into a 5 minute interview slot and she spoke so passionately.  If you would like to listen to it you can find the pod cast here.

I really hope that this opens up an opportunity to highlight the need for better care for women with epilepsy during pregnancy across the board, it's about so much more than the risks of the medications, it's all the other factors at play both medical, social and psychological and women just don't get the support they need.  Anyway I will not go on to much about that now as I am planning to write about that for my blog for the epilepsy blog relay on 19th March so watch this space.

But instead I will add some links to stories covering Kims success. 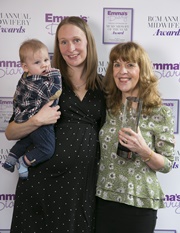 Posted by Clarabella Simpkins! at 22:12

Email ThisBlogThis!Share to TwitterShare to FacebookShare to Pinterest
Labels: Epilepsy, Our Life, Pregnancy