Hello 2016 and the running shoes are back on! 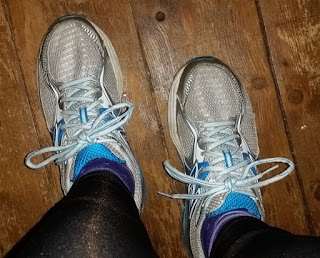 Although saying that I don't want it to seem like this is a New Years resolution that will fall by the way side in a few days or weeks.  Far from it, running is something which has always been important to me, at school it was my way of coping with the stress of life at that time. I always wanted to run the London Marathon and was working towards that goal when I was diagnosed with epilepsy.

In fact it was while running that I had my first few seizures which really knocked my confidence at the time, made me fear running, but now while it makes getting back to running a little daunting it's also a big challenge which would prove my epilepsy was controlled once and for all.

Before getting pregnant with Benji I had started running again and it was going really well.  An added benefit of running was that it seemed to counteract the negative effects that Keppra was having on my mood, another reason I am so keen to get back to running again.

So all in all the idea of getting my running shoes back on today was a really positive step and it felt really good to be out running again, I feel my mood lifted already after just one run.  I'm not going to lie, it was tough and I know I have lost a lot of fitness but hopefully in 14 weeks I'll have built up to running 10k, that's where I was at when I was diagnosed with epilepsy 10 years ago.

After that I plan to start doing some park runs, working up to running the London parks half marathon next October and then the 2017 London Marathon - achieving an ambition I had long before being diagnosed with epilepsy but which has become all the more important as the years have passed.

And I'll be running the London Marathon to raise money for Epilepsy Action.  I don't even have to think about it, they have given me so much support over the last 10 years, without them I wouldn't be in the position I am now.  When I was first diagnosed it was at an Epilepsy Action event where an accredited volunteer (you know who you are) stood up and told his story, suddenly I saw a way in which I could turn this awful situation into something positive, into a way to help others.  Becoming an accredited volunteer turned my life around at the time, it gave me a purpose.

Epilepsy Action has helped empower me to become more knowledgeable about my condition than most of the health professionals I come into contact with.  They gave me the confidence to push for better care and the wonderful team I now have in London.  Probable most importantly they introduced me to Kim, the epilepsy midwife who helped give us the confidence to try for a second child after such a traumatic first birth, who empowered us to take control of my second pregnancy and made it such a positive experience.

I want to do something to make sure that others like me get similar support and facing the huge challenge of running the London Marathon just makes perfect sense.  Writing this post sets it in stone and hopefully if all goes well in just over a years time I'll be achieving a huge life goal while also raising money to help others with epilepsy gain the support they deserve.

So here's the reason I am running - for the two beautiful children we have been blessed with and the hope that others with epilepsy have the same support to start a family if that's what they want. 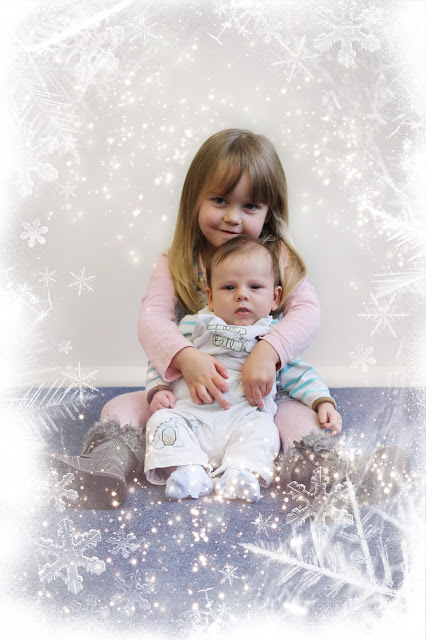 Posted by Clarabella Simpkins! at 21:53 No comments: