SUDEP ~ the other side of the Epilim debate

So a few weeks ago I was invited along to share my story at the Epilepsy Action pregnancy symposium in Wales. It was an amazing opportunity for me and I feel my story really helped highlight the need for better support for women with epilepsy throughout pregnancy.

It was fantastic to see so many health professionals from across Wales interested in making women with epilepsy have more positive birth experiences. I was really surprised to see what a good level of specialist support they seem to have across Wales with epilepsy nurses attending anti natal clinics to give support. Yet in our area just South of London there was next to no specialist input.

But the day also highlighted to me a darker side of epilepsy and I have been umming and arghing about how to write this post. Reading this post about the importance of bringing epilepsy and death out of the shadows has kick started me into writing this.

We have all heard the awful stories of women having been on Epilim during pregnancy and not being informed of the risks to their baby. Of the babies born with birth defects and neurodevelopmental problems.  The day really did highlight the importance of informing women of these risks which is brilliant but it also addressed the other side of the coin... the fact that epilepsy can kill.

The reason I am writing this is because women should be given all the information when making a choice about medication during pregnancy.

I have heard people say Epilim should be band in women of child baring age but this is why it shouldn't, because every woman should be given all the information then given specialist support to come to the right decision for them.

Epilim is the most effective treatment for generalised epilepsy (things like Juvenile Myoclonic Epilepsy). If a man walks into an epilepsy clinic with a generalised epilepsy syndrome he'd be put on Epilim as a first line drug. If it's a young girl or women they would try other drugs, drugs less likely to work, it turns out keppra is one of the most effective drugs aside of Epilim so it's very positive that it is appearing to be fairly safe in pregnancy.

They told a story which really hit home to me of a women who had been on Epilim for JME throughout childhood and it had controlled her seizures completely. She then wanted to start a family and made the difficult decision to change to what was then seen as the safest medication in pregnancy, lamotrigine. She started to have a few seizures again but got through the pregnancy and had a healthy baby.

After the birth she saw her neurologist and they discussed if she wanted to go back on Epilim but because she wanted a second child she decided to stay on Lamotrigine and live with the seizures. A few months later her husband found her blue on the bathroom floor, he was unable to resuscitate her, at her inquest the family were told she had died from SUDEP.

SUDEP ~ the information everyone should have

Seizure control is the best way to reduce SUDEP so sadly if this woman had chosen to restart Epilim her child would probably still have a mother. It's a horrible truth but one that is not spoken about enough.

The risk of SUDEP increases in the first year after birth, it makes sense and yet I never really considered it. Lack of sleep, hormonal changes, forgetting medication as we are running around after our little person, all increase our risk of seizures and thus our risk of SUDEP.

Lets face it not all women want to have children, women may be happy to take the risk of Epilim or maybe adoption is a better option for them but at the end of the day what women need is ALL the information and a supportive knowledgeable health professional to discuss it with so they can make there own informed decision about their health and the health of their baby.

Epilepsy is a difficult condition to get your head around in fact when a group of health professionals were asked whether they would rather have a diagnosis of epilepsy, diabetes or asthma, epilepsy was the least popular and yet there is an 70% chance that by taking a tablet twice a day you will never have another seizure again... but maybe it's all these extremely difficult topics that the condition throws up because at the end of the day weighing up your own risk of death against your babies risk of being harmed is a horrible and really tough decision to make.

We are amazing women, fighting tough battles, we deserve all the information and a supportive team of health professionals around us. Let's fight for that together.

It's National Epilepsy Week ~ let's get talking about epilepsy

So this week is National Epilepsy Week and a survey by Epilepsy Action shows many people with epilepsy still fear discrimination and are worried about talking about their epilepsy.

So I was thinking wouldn't it be great if we could use this week to start turning that around. How? By sharing our own stories of epilepsy, showing people that yes Epilepsy can be scary and unpredictable but we all battle through it and come out stronger and more reliable people, better partners, children, parents, friends and employees because we have been through hell and just got on with it, it may not feel like that on the hard days but we are all amazing epilepsy warriors.

So here goes, my story, I would love it if others shared there own stories in the comments, doesn't have to be pregnancy related just show the world we are stronger than epilepsy.

I was diagnosed with epilepsy 12 years ago aged just 19 and around the time I stated university. When I was first diagnosed I was lost, scared and I felt my whole life hinged on becoming seizure free, like everything was put on hold waiting for that to happen. Seizures were so unpredictable, with no warnings and knocking me out for days, how could I function like that?

There were a few periods where it looked like it would happen, months with no tonic clonic seizures and then bam a seizure would happen out of the blue. It was like it was teasing me. There have been some dark days where epilepsy definitely pushed ahead in the battle.

Eventually after 6 years of these intermittent tonic clonic seizures I found the strength to challenge my neurologist about why it wasn't going away. His response of well that's just how it is  wasn't enough for me so I pushed to see an epilepsy nurse and got refered to London.

Finally I saw a doctor who really listened to me. She did more tests and re diagnosed me with temperal lobe epilepsy and said she felt I was having focal seizures. Suddenly a reality hit... I hadn't been seizure free for months ever, these little focal seizures had been there the whole time I just didn't really link the two.

With a proper diagnosis I started talking to other people with the same type of epilepsy and other professionals and it became clear that while the seizure frequency tends to be relatively low seizure freedom can be hard to get especially after so much time. I then I started to realise I couldn't continue to put my life on hold waiting for seizure freedom. I needed to start living life with seizures.

So I started looking for ways to cope with the anxiety I felt from the unpredictability of seizures. I enrolled on the expert patient programme and looked into mindfulness, both helped me come up with strategies to manage my anxiety.

Then I started to live life, finding a job my epilepsy didn't effect so I could give it my all, having two amazing children, riding my horse, skiing in America and getting out running again. I didn't let epilepsy win.

So 12 years after my diagnosis I am in fact 18 months completely seizure free... it is a miracle and yet not a miracle I needed to live life. People say you must be so pleased, and I smile and say yes I am. But am I pleased? Of course I am happy but I had already accepted a life with seizures in order to make sure I didn't miss out on living life so being seizure free I don't like to think about too much because if I do have a seizure again I don't want to feel the incredible disappointment I have so many times before - I don't want to miss out on life because of it.

I guess what I am trying to say is don't let epilepsy win. Have hope things will improve but also find a way to live in the worst times otherwise we miss out on so much. 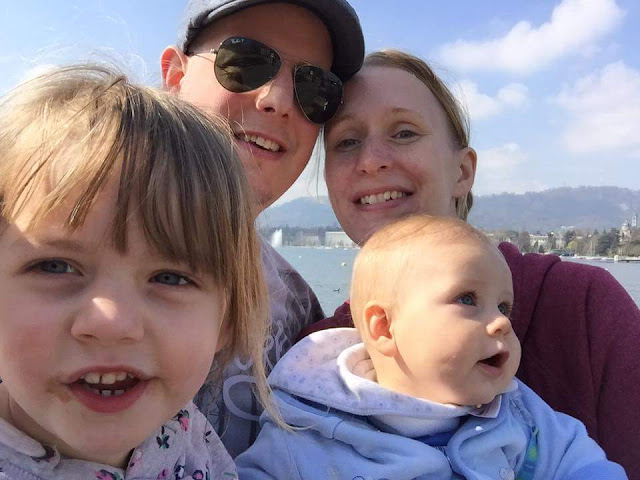 Posted by Clarabella Simpkins! at 09:39 2 comments: