So I'm 29 weeks pregnant and starting to think about my birthing plan.  It's a weird situation to be in because in my last pregnancy I didn't feel like I had any choices and so didn't see the point in writing a plan - I just went along with what the doctors wanted.

Over the last 2 weeks I have had quite a few appointments and the amazing thing is they have all been really positive and I really feel like I now have a pretty good idea of what I would like to happen during my labour.

The first appointment I had was with the anaesthetist at Epsom hospital - all I can say is she was amazing.  Having looked through my notes she said she didn't blame me that I didn't want another epidural after what happened last time.  She also said that I coped so well with the pain last time she didn't feel I would need one this time anyway.

She also said that hopefully this baby won't get stuck like Riley did as second babies tend to get into the right position easier so hopefully I won't end up needing a forceps delivery.  Also I hope to be able to move around more this time so that will help the baby's position.

So the plan is that if I need to have a c section or forceps delivery this time they will just do a spinal - which is a smaller needle in a different part of my spine.

I also found out that if I had a seizure they wouldn't give me either an epidural or spinal as they are both seizure inducing, if I needed a c section due to seizures they would put me under general anaesthetic anyway.

I finally met my community midwife and she was lovely.  She really seemed to understand that a natural labour would be the best thing for me.  She said that there is now a consultant midwife at Epsom hospital so I am going to go and see her to write my birth plan rather than the reflections midwife at the other hospital who I really didn't find very helpful last time.

When I said I felt like I had failed because I had ended up co-sleeping with Riley in hospital she said no you didn't fail, we failed you... that meant a lot hearing that she understood.

I also had my anti D injection as I'm rhesus negative so that was another thing ticked off the list this week.

We saw my epilepsy specialist and she was really pleased with how I am doing and feels that the Keppra is working. I've had no seizures for eight months and even the idea of driving again soon was brought up! I'm not going to get my hopes up and I think even if I am still seizure free in November I won't be rushing to get my licence back.  But who knows when the baby is sleeping better if I am still seizure free it will be amazing to be able to drive myself places in the evenings, I'd have a little bit of freedom back.

We discussed IVs during labour and she said she liked women with epilepsy to have one during labour but could understand why I didn't really want one after last time.  She has left it quite open for us to discuss it further with the epilepsy midwife and Epsom hospital.  She is also supportive of the fact from an epilepsy point of view I should be discharged as soon as possible and if not Rich needs to stay with me.

She also agreed that Clobazam probably wasn't a good option for me during labour as I didn't react well to it last time and my seizures seem better controlled this time anyway.

This was the most amazing appointment of them all.  She is an amazing woman who makes us feel empowered to make this pregnancy and labour what we want and not what the doctors want.

The main things we discussed were:
1. This issue of an IV - a recent study found a 1-2% chance of having a seizure during labour but failed to look at whether there were any causative factors for these seizures.  So with such a low risk and with my epilepsy well controlled she doesn't feel I need an IV.  I have never been in status and if I do have a seizure during labour I wouldn't need emergency medication unless it lasted longer than 5 minutes as the baby wouldn't be affected by a self resolving seizure.

2. She feels if everything goes well I should be discharged home as soon as possible and if we do need to stay for any reason Rich must be allowed to stay to ensure the baby is safe.

3. Eating and drinking  during labour - last time I wasn't allowed to drink for 12 hours due to them putting the epidural in - this time because I don't want an epidural I should be able to drink during labour.  I just remember being so thirsty last time, if I can avoid that it would be fantastic.

4. Hypnobirthing can trigger seizures... she also says it can make you feel less in control, something I really struggled with last time.  She was really positive about mindfulness though and so I think I am just going to continue to concentrate on mindfulness exercises to help me through labour - I'll talk more about this in another blog as it is something which is really helping me to feel more in control of everything.

Then she started asking me if I had thought about how I wanted the baby to be monitored during labour and also what I want to happen about delivering the placenta after the baby as these are also things I have a choice over.

This is a strange thing for me to get my head around firstly because the period after delivering Riley was the worst part for me but also because last time I didn't get any of these choices.  So I'm going to go away and have a read up on my options.

It was just so good to be planning my labour as a positive experience where I can use my mindfulness training to deal with whatever happens and be treated like a 'normal' woman.

So I really feel like my birth plan is coming together.  I feel like we have so much support now from my specialists and midwifes in Epsom that hopefully the doctors will back down and realise I've though all this through and I'm not being irresponsible.

It may sound strange but I sort of feel that I need to win this battle not just to give me the best chance of having the birth I want but also to give women with epilepsy everywhere the confidence to stand up to doctors when they over medicalise things so that women are less likely to go through what I went through last time.

The best bit is the epilepsy midwife wants to write our story as a case study which would really help highlight everything which I feel I have had to fight so hard for but which I hope in future won't be such a struggle for women with epilepsy.

Posted by Clarabella Simpkins! at 20:56 No comments:

Riley turns three ~ our amazing little girl is growing up.

I am sorry it has been a while since I last wrote a blog – the honest truth is that from a pregnancy point of view not a lot has been going on and life has just got really busy.  Just the way I like it, I have been left in peace by all the health professionals aside from a phone call from a midwife at our local hospital to tell me the doctors didn't write anything in their notes following my appointment at 18 weeks!  I have been doing really well, still completely seizure free which is a miracle!  I can feel the baby moving every day and feel fine in myself aside from having quite a lot of acid reflux and some Braxton Hicks contractions – but that’s just normal pregnancy things and all part of the experience! 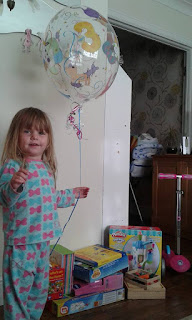 The most eventful thing to happen is Riley turned three – I think she had a pretty good birthday!  We went to Hobbledown farm park on her birthday itself and then had a Peter Rabbit party at our house at the weekend.  She also seems to love her presents – she was adamant she wanted a camera and a scooter for her birthday and is definitely making the most of both.  We've had some very interesting photos and she hasn't been in her buggy since her birthday and is scooting everywhere which is fantastic (although maybe not for the wear on her shoes which she uses as a break!).

I'm almost in my third trimester now and the next few weeks hold a lot of appointments so I will be busy blogging about them as and when they happen.  I guess now is the time for me to start writing my birth plan and making sure things are in place to try to make this labour less traumatic.  So in the next few weeks I am seeing the anaesthetist, my epilepsy consultant, the epilepsy midwife in Winchester and the community midwife.  I will also need to have my whooping cough vaccine and Anti D injections – so lots going on.  But I am hoping that by the time I am 30 weeks I will have made a plan with my specialists, and I can then make appointments to see the doctors and reflections midwife at the local hospital to lay down exactly what we want to happen during labour.

But for now I will leave you with some photos from Riley’s birthday.  I can’t believe how grown up she is getting.  She is so excited about her brother or sister coming and hugs and kisses my bump and sits and talks to it, it is amazing to watch and brings me close to tears.  Riley Roo you are amazing, we are very lucky to have such a wonderful little girl.  Happy 3rd Birthday. 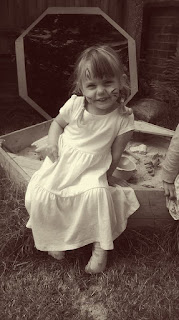 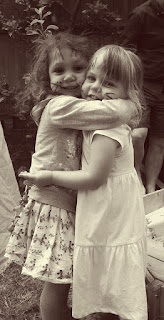 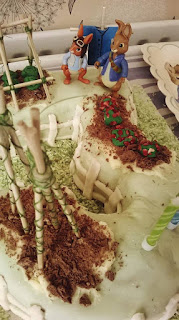 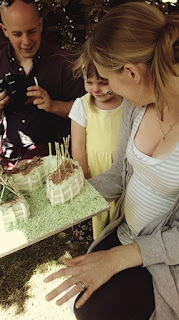 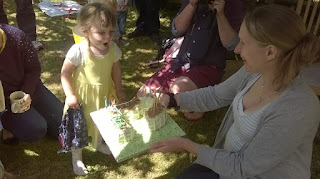 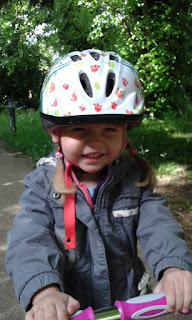 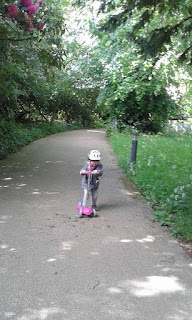 Posted by Clarabella Simpkins! at 20:30 No comments: