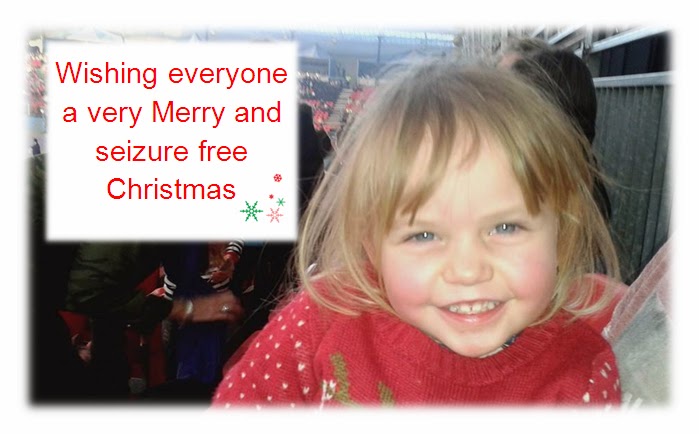 Posted by Clarabella Simpkins! at 19:30 No comments:

Would you like to share your pregnancy story and your experiences of being a parent with epilepsy?

Epilepsy Action is building on the Pregnancy Diaries which Riley and me were involved in.  They’d love to hear from new people.

It was an amazing project for me to be involved in.  Nicole who put the whole thing together is so approachable and it really helped me to feel that I was helping making a difference to other women.  I felt very alone during my pregnancy and I didn’t want anyone else to feel like that if I could help it.

You can read the pregnancy diaries here.

So now it’s your chance to get involved.  Drop Nicole an email to find out more campaigns@epilepsy.org.uk

And watch this space, I’ll keep everyone updated as the project moves forward in 2015.
Posted by Clarabella Simpkins! at 21:30 No comments:

So I told you before we were going to try to adopt, well we are rather gutted as we were rejected based on Riley’s age.  Apparently they like a big age gap between a natural child and adopted child.  Also there second reason was that there are very few children in Surrey who need to be adopted.

We are obviously gutted but it just frustrates me, surely adoption is something which should be a national scheme.  Surely it makes sense that in somewhere like where we live there are more families looking for children than children looking for families, it’s an affluent area… but elsewhere in more deprived areas I am sure it is the other way round.  It seems crazy to me.

As for them wanting what’s best for Riley I don’t really buy it… I know people with children Riley’s age who are fostering. Surely having a different child living with you every few months is far more ‘disruptive’ than adopting a permanent brother or sister.

They also told us it was to do with statistics showing that adopting a sibling close in age leads to adoptions breaking down in teenage years… I would like to think that we will bring our child/children up in a stable and loving enough environment that a comment from Riley that her brother or sister isn’t a real brother or sister because they are adopted wouldn’t bring our family to its knees.  Let’s face it, I think you have to cope with more in life than that.   We’d talk it out and set the record straight.


But anyway so it is our council won’t move forward with our application.  Everyone we speak to thinks it’s ridiculous but there is really nothing more we can do for now.  You can’t argue with them.
Posted by Clarabella Simpkins! at 21:30 No comments: