Introducing Me and My Blog! 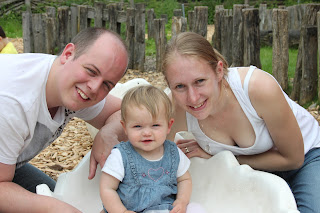 I love being a Mum.  Watching my little girl develop and learrn new things everyday is amazing.  I never thought I could love someone like I love Riley.  I want to keep her safe, want to show her the world and the fact that I am her whole world is a pretty scary but I feel very lucky that she trusts me so much.  We have so much fun together, we go to baby groups, picnics, play in the park and I have made so many wonderful friends in the Mum's I have met through her, she is my whole world.  I also have epilepsy but to Riley I am just her Mum.  It does mean that some things have been more of a challenge, but I have done it and I would have it if Epilepsy stopped any woman from experiencing the most amazing feeling in the world... being a Mum.  So I have got involved with the Epilepsy Action pregnancy campaign and written this blog in the hope it will help even just a few women.

I was diagnosed with epilepsy when I was 19.  Just before going to university I had collapsed while running on my own, it wasn’t until it happened again at the university athletics club and I ended up in A&E that I was referred on to a cardiologist.  I remember being told by her that she didn’t think there was anything wrong with my heart but that from my friend’s description it sounded like epilepsy… I didn’t know whether to be happy that I didn’t have anything wrong with my heart or terrified I had epilepsy, something I really didn’t know anything about… I saw a neurologist not long after and he diagnosed me with epilepsy from my friend’s description (the main tool for diagnosis is a description of the event).  One of the most upsetting things for me was being told I couldn’t drive, my independence was taken away and to begin with that was all I wanted, to be seizure free so I could drive but as the years have passed it has become lower down on my list of things I want to achieve, having goals based on something you have no control over only causes disappointment, there have been many instances where I have had to accept this.  I started medication not long after being diagnosed and then after having a couple more seizures things seemed to settle.  But over the years I have had a major seizure every year or so, it has never completely gone away.  I have also since been diagnosed with secondary generalised epilepsy which basically means that my seizures originate from one area in my brain and then spread to the whole of my brain.  It also means that they think I have focal seizures, all my life I have had episodes where I get an intense feeling and then briefly my vision is effected, they last a second and I never thought anything of them.  They will probably never be able to say for definite if they are seizures, but they fit the pattern and so probably are.

I have tried to never let epilepsy rule my life, some days that can be quite difficult when you are being told you can’t do things at work and when you’re sitting in front of a doctor and they know less about epilepsy than you but just can’t accept that fact and you know they are not listening. But I think I have done pretty well at leading a normal life…

I am married to my wonderful husband Rich, we met 8 years ago through a friend.  I’d gone down to Bournemouth to meet her and she got Rich to take me for breakfast while she popped to the doctors.  He was the first person to truly ask if I was ok, and for some reason I burst into tears and poured my heart out to him… he must have thought I was crazy.  So I was very surprised when I got a text from him, he’d got my number from my friend, it said something along the lines of I know you don’t know me very well but if you ever need to talk I’m here.  After that every time we saw each other we got on so well and a few months later we became a couple.  We were both just about to go into our 2nd year at university however on opposite sides of the country, however we managed the next 2 years together just making the most of the little time we spent together and I actually think we enjoyed university more, we got to spend time with our friends rather than just being each other.  After university we moved in with my parents and a few months later bought a house, 3 years ago he proposed to me at the top of Boxhill (after I had insisted on looking round the gift shop and queuing for a good half hour for an ice cream!).  We got married in June 2010 at a little country pub, it was a small civil ceremony and lovely meal, and to us it was the perfect day.  We went to Scotland for 5 days and then had a party when we got back for our friends and extended families.  It was the perfect wedding week.  He is my rock and my best friend, we share everything and I couldn’t imagine being with anyone else.  I’m not saying it’s always easy but we never go to sleep angry at each other and always figure out our differences. 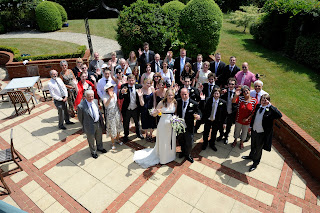 I managed to graduate university with a 2:1 in physiotherapy, I work full time, as a rehabilitation care assistant, ok it’s not physiotherapy but that’s just one thing my epilepsy has stopped me doing, I can’t help that and I enjoy my job even if it is limited at times by my epilepsy.  I couldn’t imagine sitting at a desk all day, so I just have to work with the limitations my epilepsy brings.

I have tried to never let epilepsy stop me from doing the things I love.  I have a horse called Mac and I love skiing, I haven’t been in a while but that’s more due to a lack of finance rather than having anything to do with my epilepsy.  I like to be independent and am very good at using the buses and trains but I am also very lucky to have a wonderful family and amazing friends who are always happy to help me out with lifts and support me through the tough times.

So what’s this blog about?  It's about my pregnancy... being pregnant with epilepsy can be quite scary and although I am sure there are lots of women out there who have had perfectly normal pregnancy’s and labour there isn’t a lot of information out there to help.  So I am writing this diary to hopefully give woman who are pregnant the knowledge they are not alone and that pregnancy is one of the most amazing experiences you can ever have whether or not you also have epilepsy.

It's also now a blog of my life as a mum, my experiences of how epilepsy impacts on that and also just general mummy things, all the fun times and the challenges.  I love being a mummy :)

Just so if you're here looking for my experiences at a certain part of pregnancy, here's a general summary of how many weeks I was at the beginning of each month... might make it a bit easier to find what you're looking for!

I am now pregnant with our second baby which is due on 5th October 2015 so I have been blogging about my second pregnancy which has been very different from my first.

I have been much more in control of my care throughout this pregnancy.  Having support from Kim the only epilepsy midwife in the country has been the main reason for this.  She has been amazing and given us the confidence to advocate for ourselves to make the process less medical.

We are hoping for a much more positive birthing experience this time so keep reading to find out if all goes to plan.  I'll also be blogging about what it's like to be a mum to two children as I know that holds even more challenges whether you have epilepsy or not!