I was lucky enough to be invited to the Young Epilepsy Champion Awards last Thursday at City Hall in London.  It was also Purple Day and I can't think of many better ways to celebrate the global epilepsy awareness day than with so many inspirational people in the world of epilepsy in a breath taking venue overlooking London.  I was also quite chuffed because Rich keeps getting taken up skyscrapers for drinks and City Hall is one of the few he hasn’t been too! 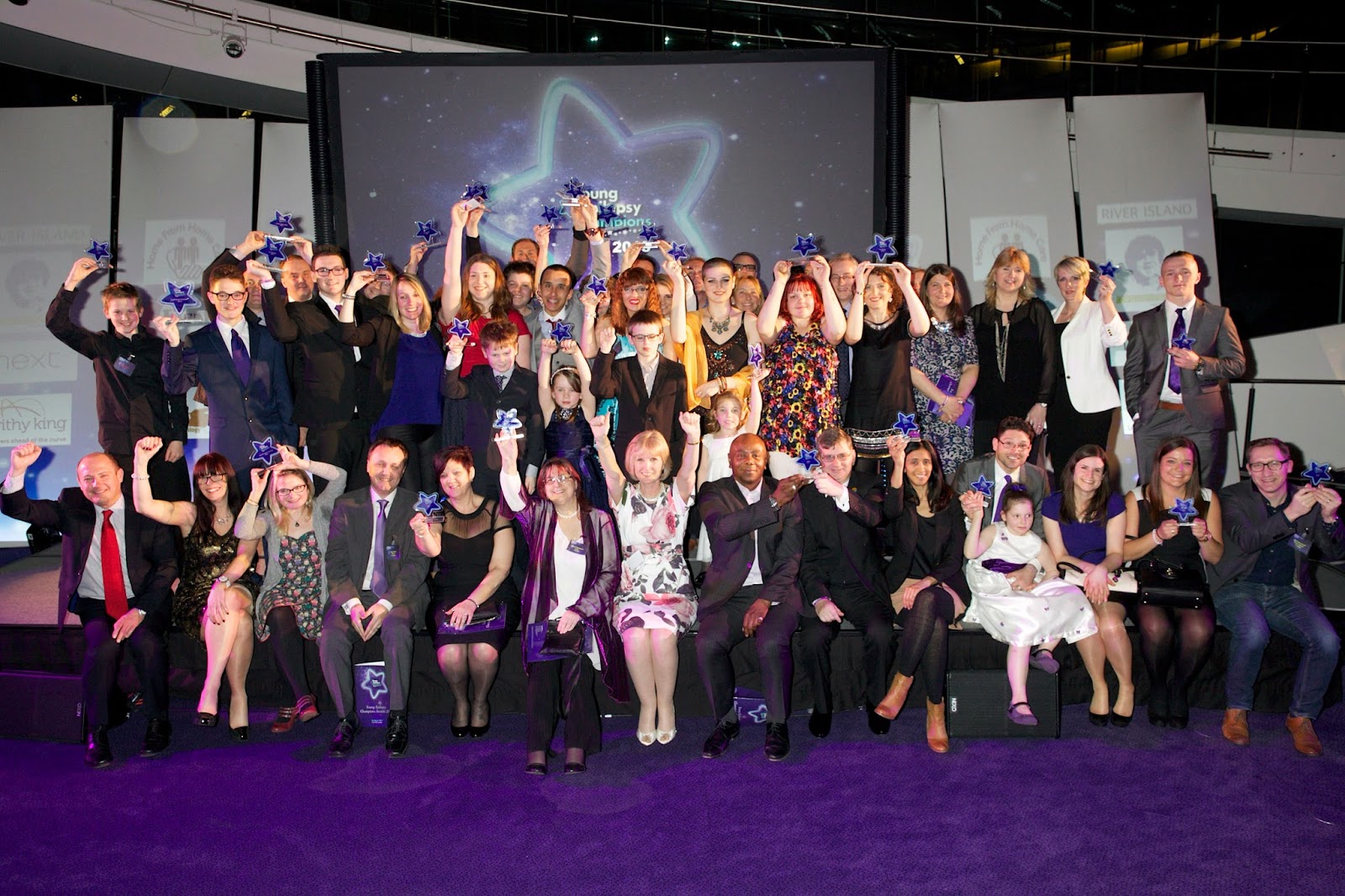 It was an evening filled with inspirational stories and I don't know how the judges chose between the final nominees as they have all done such fantastic things to make a difference to the lives of others living with epilepsy.

The evening was hosted by Nicholas Owen who as always ensured everything ran like clockwork.  It was also fantastic to see other celebrities there showing their support for such an amazing event.  These included Olympian James Cracknell, Eastenders actors Cheryl Fergison and Himesh Patel, Athlete Dai Green and footballer Leon Legge.

I'll start by giving a run down of the award winners:

Supporting the Community Award ~ Zoe Reid for the amazing weekly epilepsy youth group she runs in Edinburgh.
Best Practice Award ~ Tessa Walker and epilepsy nurse in Islington.
Community Impact Award ~ Santander for their Big Build project at Young Epilepsy.
The Discovery Award ~ Dr Sameer Zuberi for their work in genetic testing in epilepsy.
Shaping Better Futures Award ~ Epilepsy12 looking at the quality of healthcare services for children and young people with epilepsy.
Speaking Out Award ~ The Daily Mirror for their continued coverage of epilepsy in a positive light.
Guiding Light Award ~ Ann-Marnie Row who was nominated by her student Toby for all the support she has given him and his family.
Bright Star Award ~ Ben Wilson who has been through revolutionary treatments involving much pain but never allowing his epilepsy to define him.
Shining Star Award ~ Alyce-Jayne Stockdale who never lets her epilepsy define her life.
Inspirational Champion Award ~ Owen Thurston for his work building awareness and helping others feel less alone.

All the award winners had amazing stories to tell but there were a couple of award winners who particularly inspired me and brought me close to tears so I want to talk a little bit more about them. 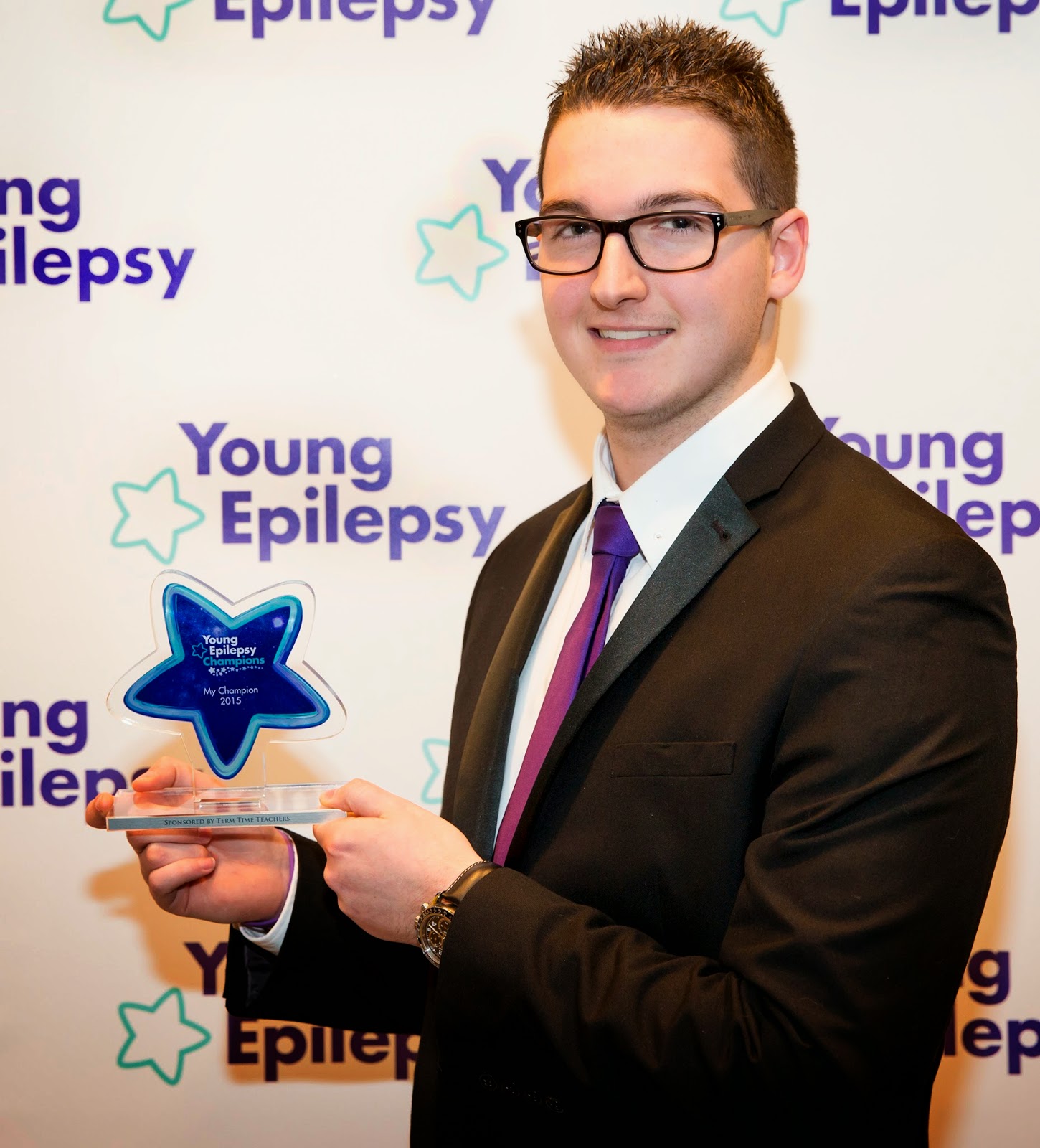 Tre’s story could so easily be my husband Rich’s story – it drove home to me the sacrifice that our family around us have to make because of our epilepsy.  I think it helps highlight that the decisions we make in life don’t just impact upon us and so when we are talking to our doctors about life changing events like having a baby it is crucial that our family are involved in those discussions too.

Tre is just 21 and is devoted to supporting his partner who lives with epilepsy and their newborn daughter. Tre’s partner’s epilepsy became uncontrolled after having their baby and it could take her up to two hours to recover from a seizure.  Tre sacrificed joining the army to stand by his partner’s side and help ensure she and their baby is safe.  He is a true hero to his family and an inspiration to me.  They are a true team and something I hope Rich and me have built for our own family. 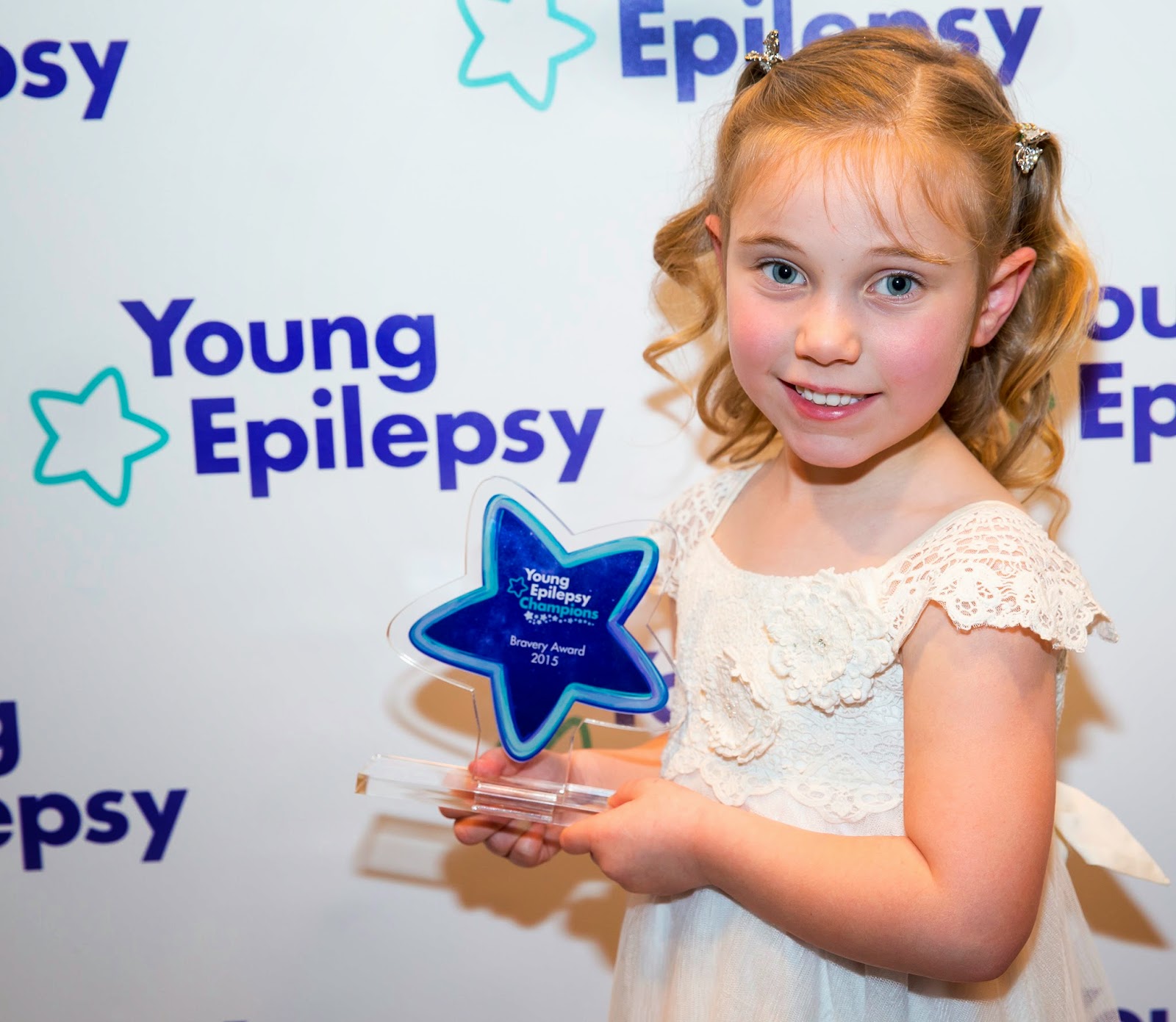 Now I will be honest here – Sienna’s story did bring me to tears.  When I looked at that gorgeous little girl on the stage I saw so much of Riley in her and it suddenly made me realise the responsibility we place on our children, and made me so thankful for Riley’s calm, sensible, caring nature.

I have just started to explain my epilepsy to Riley and when I ask her about it she proudly says “Mummy has epilepsy, sometimes she falls over and shakes and can’t hear me” and then if I ask her what she should do she says “stay with Mummy and tell her it’s ok” and then she will say “if I am at home I can press the big button on the phone in the house and tell Nanny Mummy’s not well”.  She’s 2 and she already knows all that – I am lucky that we have never had to try it out but I really feel she understands.

Five year old Sienna was watching Cbeebies when her mummy had a seizure. Her parents had taught her to call 999 in an emergency, and when Sienna saw her mummy having a seizure that’s just what she did. The operator who answered her call was also at the awards and it just made the whole thing seem so real.   You can hear her phone call here.

Sienna was presented the award on behalf of the many other children living with a parent or family member who has seizures and often go unnoticed for the care and support they provide.  It made me realise Riley is one of those children, because while she has never witnessed a seizure so much of her life is impacted by my epilepsy – whether it’s getting the bus because I can’t drive or not being able to have a bath unless Daddy is home so many little things would be different if I didn’t have epilepsy – so I guess that award is partly for Riley too.

Another wonderful thing that happened at the awards was I finally meet Faye Waddams in person – she is a fellow epilepsy and pregnancy blogger and someone who I am inspired by so getting to sit down and chat to her was fantastic.  You can read her brilliant blog here.

It was a wonderful night and showed the real progress being made in the world of epilepsy helping to build awareness and understanding of a condition which is often misunderstood and helping break down the barriers of stigma often attached to it.

Young Epilepsy are a national charity working hard to improve the lives of children and young people living with epilepsy by providing support, information, training and through campaigning.  You can find out more about the charity and award winners by clicking below:

Posted by Clarabella Simpkins! at 14:24

Email ThisBlogThis!Share to TwitterShare to FacebookShare to Pinterest
Labels: Epilepsy