This post is part of the Epilepsy Blog Relay™ which will run from March 1 through March 31. Follow along and add comments to posts that inspire you!

I 've been thinking long and hard about what to write about for the blog relay and I've decided following on from the Royal College of Midwives awards last week I'm going to look at how care of women with epilepsy especially through pregnancy and early motherhood needs to improve.
Becoming a mother is a huge decision for anyone, it's a daunting prospect the idea of bringing a tiny person whose completely reliant on you into the world and helping them to become a valued member of society.
Then add epilepsy to the mix which brings with it so many additional complications, the risks that come with the epilepsy medication, the fact no matter how well controlled your seizures are you are labelled high risk and the fact you are going to be looking after someone so vulnerable while also suffering a condition which is so unpredictable. It's a scary thing.
So you'd think that with so many issues to think about there would be good support systems for women with epilepsy but unfortunately often there is very little support.  Most women are being looked after by a general neurologist who probably doesn't even specialise in epilepsy and who won't be able to see them in months. There are areas of the country where there aren't epilepsy nurses and with only one epilepsy midwife in the whole of England paid for just 6.5 hours a week who can women with epilepsy talk to about starting a family?
It leaves women with epilepsy pretty alone in this scary situation and so they turn to google and online forums, which are a great resource to share experiences but one which should be backed up with real life knowledgeable support.
It's little wonder I speak to women and they are really frightened to start a family, they are being told about the risks of their drugs on babies with little support in all the other issues epilepsy places on pregnancy. We need better support for women or we're going to be going back to a time where women with epilepsy feel they can't have a family due to their condition which is not the case.
Risks of medication
At the moment there is quite a lot of media out there about the risks of  epilepsy medication in pregnancy and rightly so. Women should be given ALL the facts and the fact so many women were not told about the risks of their drugs and the impact they could have on their unborn child is disgusting.
But I fear things maybe going too far the other way, without the right support this information is extremely frightening for women.  I have spoken to women on some of the safer medications who are terrified and considering not having a family because of the risk and you ask them who they have spoken to about it and it's no one. They have read the risks online and have tried to see their neurologist but have to wait months for an appointment.
Please don't get me wrong women should be given the facts about there medication and the impact on an unborn baby but they should also be able to talk their worries through with someone so they can weigh up the joys of childhood with the risks of the medication and ways to reduce the risks.

You can find out more about the risks of epilepsy medications here.
The pitfalls of being labelled 'high risk'
Having epilepsy automatically makes you a 'high risk' pregnancy whether you are having convulsive seizures daily or have been fully controlled for years.  But what does 'high risk' mean? Well it seems to vary greatly from area to area. Some people have great joined up care between their epilepsy team and obstetric team, unfortunately I think usually this doesn't happen.
It certainly didn't for me in my first pregnancy. I was stuck in the high risk clinic seeing an obstetric registrar whose knowledge of epilepsy was limited.  I went along with everything they said with very limited birth choices and it lead to a fairly traumatic birth experience.
When it came to my second pregnancy I really had to fight to get birth choices as I wanted things to be different, I wanted a natural birth with minimal intervention.  My epilepsy was well controlled and yet because I was considered high risk I had to fight to have any choice in my birth, luckily I had an epilepsy midwife backing me up.
I was told I couldn't be in the birth unit because I was 'high risk' even though my pregnancy had been completely straight forward, my epilepsy had been completely controlled and the birth unit was in the same building as the main ward.  For me stress and anxiety trigger my seizures so being in a more homely environment would have been beneficial for me but it was a definite no.  Instead I chose to stay at home as long as possible and arrived at the hospital fully dilated ready to push.  Benji arrived 42 minutes after arriving at the hospital.  It was an amazing birth experience because I was in control the whole time.
I feel women with epilepsy need to be treated as individual's and put in control of their care not just labelled high risk and put in a system which doesn't really meet there needs.

There are many additional issues women with epilepsy face following birth.  The additional issues around looking after a baby when you have epilepsy, weighing up putting in place safety features with just being a mum.  Breastfeeding while on anti epileptic medications and looking out for side effects in the baby.  Epilepsy medication levels varying following birth and side effects these may cause.  The issues around contraception and how epilepsy medication impacts on this.  These are all important issues to consider before the birth but also which women need ongoing support with after the birth.

Epilepsy Action have some great resources to help give women with epilepsy lots of information throughout their pregnancy journey here.

So what would I like to see in the perfect world?  I hope that every women with epilepsy is seen as an individual and given support and information from health professionals with specialist epilepsy knowledge so that rather than just being labelled 'high risk' they are supported to take control of their birth experience.

Because I know from experience when you have a condition like epilepsy which takes so much control away from you by getting the right support and being given back as much control as possible it makes your birth experience so much more positive. 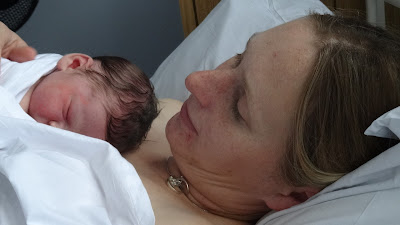 NEXT UP: Be sure to check out the next post tomorrow at Emily's Epileptic Days for more on Epilepsy Awareness. For the full schedule of bloggers visit livingwellwithepilepsy.com/epilepsy-blog-relay.

Be sure to check out the Epilepsy Blog Relay Thunderclap to raise epilepsy awareness. And don’t miss your chance to connect with bloggers on the #LivingWellChat on March 31 at 7PM ET.
Posted by Clarabella Simpkins! at 03:00